My impression of the brilliant nerds working at the Jet Propulsion Lab comes from the movie “The Martian.” It’s a great movie, but an even greater book. The short of it is Mark Watney is stranded on Mars, and they need to bring him back home. In the final rescue plan, the scientists at JPL are tasked with modifying a ship used on a previous mission to launch Watney back into orbit so it can meet another ship coming from Earth.

The executives at NASA can only tell them what they need, JPL needs to figure out how to do it. They are human superheroes, being able to pull off such a ridiculous plan.

So when I read that the real life people at JPL like to add hidden messages in their missions, I thought of those actors in “The Martian” and smiled.

The parachute that helped land the Perseverance on Mars’ Jezero Crater on February 18th, had a hidden message encoded in white and orange: 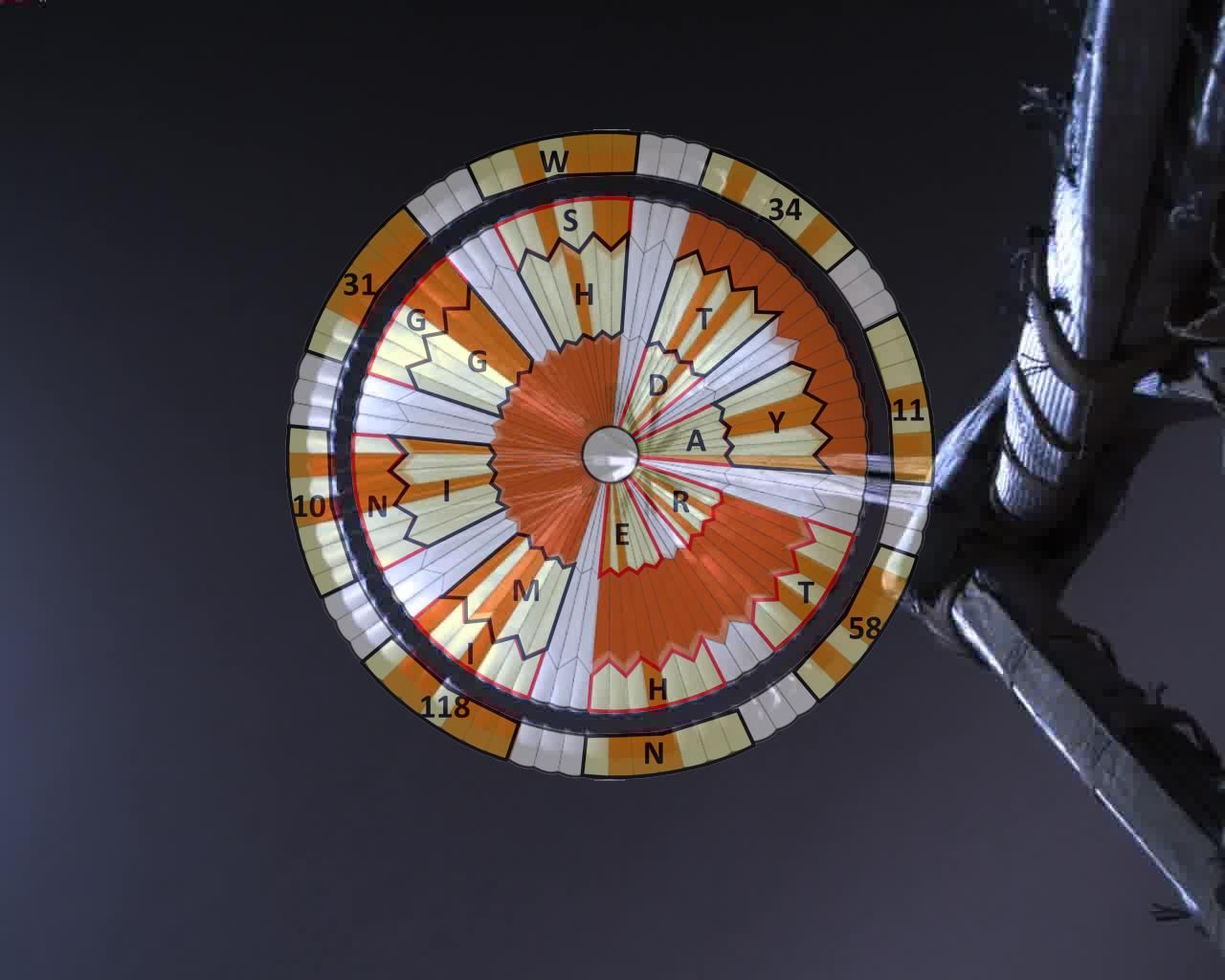 The outside ring were the GPS coordinates of JPL where the parachute and rover was designed and built. It is the motto of the Perseverance team and the saying is emblazoned on a wall at JPL.

It’s taken from a speech from FDR’s “Strenuous Life” speech: “Far better is it to dare mighty things, to win glorious triumphs, even though checkered by failure … than to rank with those poor spirits who neither enjoy nor suffer much, because they live in a gray twilight that knows not victory nor defeat.”

I’m reminded of FDR’s “Man in the Arena” speech. And also reminds me that this is what it means to have fun while doing courageous work.